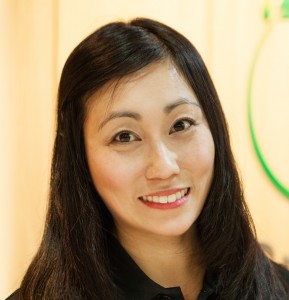 Ida has been practicing with us since 2012 and has helped countless patients regain function and improve the quality of their lives. She was trained in Uppsala University in Sweden and returns to Sweden every summer to further her training and clinical experience. I sat down with her this summer to talk about her experience as a Physiotherapist:

How did you come across physiotherapy?

I didn’t plan on becoming one– I wanted to study organization and human resources, but I started having body aches and pains quite early. In high school I was on the computer all the time and my spine was killing me. I was accepted into the college program I wanted to go to, but freaked out because I realized I might not be able to physically handle doing a desk job. Because of this I turned the spot down.

I’ve always been physically active; bicycling, walking, and horseback riding almost daily between the ages of 8-18, but never did any specific physical conditioning training or rehabilitation. At this point in my life, I visited a gym for the first time in my life, and started getting personal training sessions. My cousin, who is an occupational therapist, suggested that I look into physiotherapy. After doing some preliminary research I found that it might be something I was interested in, and given the uncertainty in this period of my life I decided to just go for it, even though I didn’t have a concrete idea of what would it mean to work as a physiotherapist.

In the end, I’m not one of those people who turned to physiotherapy because I saw a lot of great physiotherapists and got inspired– it was more that I was in pain and my body couldn’t handle an sedentary job like a desk job, so this lead me to physiotherapy. I knew I wanted to work with people, and work with health, which was the foundation, but my original plan was to work on more of a national level, with public policy, etc.

After becoming a physiotherapist, how did your expectations differ than the reality?

A lot, but it’s important to remember how diverse the field is. As a physiotherapist you can work with top athletes, or elderly, or anyone in between. My mindset was more of a primary care, preventative medicine approach. I was a bit shocked on the first shift that we had where I was assigned to the rehab section of an abdominal surgery unit. Up until that point I had never spent much time in the hospital, and all of a sudden I was dealing with abdominal cancers, surgery, etc. My first patient was a 60 year old man who had rectal cancer, and in the midst of going in for surgery he had two strokes. It was a rough start for me, a total shock, and in fact I went to the director of the program and told her that it wasn’t for me. She was able to talk me out of it, fortunately.

What did she say that convinced you to stay?

Well she pointed out that I was a good student, motivated and interested in what I was learning, and she also reasoned with me that even if I didn’t want to work with people who were sick to that extent, I could use the knowledge of pathology to help others get healthier. She basically convinced me that having the background in physiotherapy would open many doors and to look beyond the short term towards the future.

On the one hand, preventative medicine might mean to some that you are in a state of health which avoids all injury, pain, etc. But in reality everybody’s body has some degree of dysfunction, so it’s becomes about avoiding further dysfunction, so to speak. When I see people develop pathology in their bodies, it’s often due to behaviors that they can directly change– for example, the way they hold their posture, the way they breathe, even the way they keep their mindset. To me, preventative medicine means to teach people to act and move in a way that doesn’t make them sick.

What’s an example of something you taught someone that allowed them to adopt this preventative approach?

Actually, even more than the teaching itself, the most important thing I do is to have an understanding of where the patient is at, and to have good communication– to convey the purpose of various exercises and to imbue them with their own motivation. I can teach someone 100 amazing exercises but if they don’t do any of it due to lack of motivation, it doesn’t mean anything. That being said, some people approach physiotherapists as providing discipline and guidance to reform their life; which is fine too, as long as they are aware of this. But really the key is understanding our own weaknesses and wanting to improve this in a self-motivated way.

How do you inspire someone to be motivated?

Motivation comes from the understanding of “why”. I have to explain on a level where they can understand. For example, let’s look at posture– I try to explain to patients that when we have poor posture, this causes misalignment and assymmetry, which causes certain muscles and areas of the body to be tight, or lax, and ultimately contributes to most of their symptoms. And then I try to convey to them the sense of agency, that they can reverse this course by a few simple actions on their part. If they start to understand that, then they see that they are in charge of their own health, and everything changes. But the understanding is key. How do I do that? Maybe by just talking a lot! [Laughter] 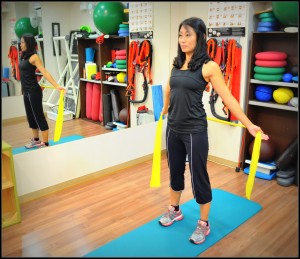 It seems that an important part of your style is that people take an active approach in their own health.

Yes- this is the cornerstone of my approach.

A lot of people don’t understand what exactly physiotherapy entails– how would you describe the difference between physiotherapy and chiropractic, for example?

Lots of people have limitations on how active they want to be, in all sorts of contexts. Physical therapy helps people to keep that function, or regain it. It can also help people compensate for functions they have lost, either through illness or weakness. Of course this can appear very different depending on the context: here in Korea I work with a lot of Crossfit athletes, and a lot of it is oriented towards increasing performance, getting more reps and range of motion. But in Sweden, I was dealing with a much sicker population, and our goals might be something like just being able to sit up in bed. Or walking over to a chair to sit down. Squatting at the gym and squatting in a chair, although both use the same muscles and overal body movements, require much different approaches from a physiotherapy perspective. But the part that it boils down to is regaining proper function.

How do chiropractic and rehab work together?

We are a whole unit, can’t really separate the two– if you don’t have full functioning in the joints or spine, then you won’t be able to move properly or use soft tissue well. There is a lot of overlap between the different disciplines. For example, I do hands on techniques that work with the soft tissue and fascia, and although I don’t personally do this, some physiotherapists even do high velocity thrusts that are basically chiropractic techniques as well. Also chiropractors generally do more manual, hands on treatment and work better with the relatively healthy patient population we have here– as opposed to the patients who are so sick they can not get out of bed, you wouldn’t necessarily think to check their spine in these cases as a first measure.

What is the most difficult part of the job for you?

The human body, the complexity of it. Also the complexity of working with different personalities. Sometimes I work with the same injury in different people and the outcome is totally different depending on their outlook, lifestyle. It’s also challenging to keep up with all the new research that’s coming out in the field. New techniques and ideas in the field, even surgical techniques, are constantly being updated and this can be daunting to keep up with.

Tell me about your most rewarding case.

I had a woman last summer back in Sweden– 92 years old, hadn’t been out of her apartment in 3 months after injuring herself falling down a staircase. She started to get very depressed about being house-ridden and having memory loss. I met her and had about 5 weeks to work with her and met with her 3 times a week. Her ultimate goal was to go grocery shopping by herself — before this period she was still going to the grocery store by herself and felt very proud of the fact that she was independent despite her age.

We started with exercises such as squatting, balance exercises, using various items in her house. Practicing reaching things, etc. After the 5th week she was able to go to the store by herself again and called me right afterwards. I could sense the jubilation in her voice; she had gotten her freedom back. It was a fantastic feeling. Actually I want to revisit an earlier question you asked– in my opinion, physiotherapy is about quality of life. Doctors and nurses keep people alive, but physiotherapists help you to be independent and reach your goals, whether that is to go 500 meters at a grocery store or win the crossfit games. It’s keeping your dreams alive.

More about Ida Lovgren, Physiotherapist. Call (02) 749-4849 or email skydoc23@gmail.com to schedule a free consultation with Ida!

About the Author: admin2